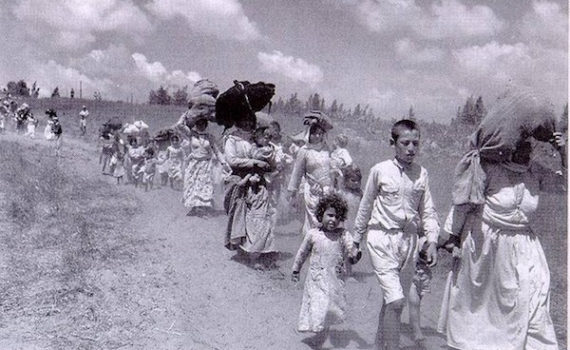 REMEMBRANCE OF AL NAKBA (The Catastrophe) THE MASS EXPULSION OF THE PALESTINIANS BEFORE, DURING AND AFTER THE FOUNDATION OF THE STATE OF ISRAEL IN 1948 No other state which defines itself as a Western democracy bases its laws on ethnic-religious differences; no other such state determines ethnic quotas to keep […]